Also visit my Beyond the Photography by DonnaKay blog @ http://blog2.photographybydonnakay.com ... a way to get to know a little more about me personally...
My trips to the beach are something I look forward to all the time, so you can imagine my anxiety when I found out that Hurricane Irene was approaching during MY time at the beach.  But it didn't slow me down or really make me even consider changing my plans.  And I have not had even a moment since arriving at the beach of regret either.  It has been absolutely incredible to watch the skies around me, and there was never a moment of feeling afraid.  I'm not at all taking the seriousness of the storm lightly, and it makes me so sad that people were hurt or killed in the path of this storm... but we were constantly keeping an eye on the weather and aware of the exact path she was on.  The day before the storm was to arrive was beautiful - and HOT - on the beach.  The skies were gorgeous and the waves were actually very calm.  Perfect day.  The next morning there was no question that something was on it's way.  In the early morning the waves were still very quiet, but there was no question when looking at the sky that something was happening soon. 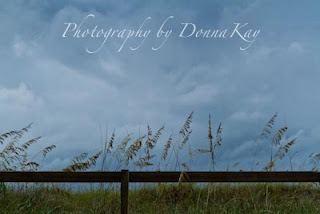 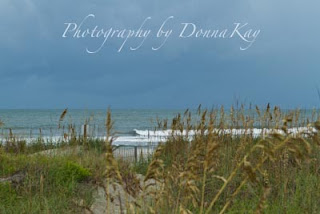 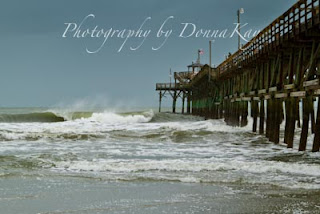 I was actually at the pier in Cherry Grove when Irene started to make her real first appearance.  The rain and winds got started, and the ocean went from being rather serene to riptide and roughness.  We were even there when a swimmer (who should NOT have been swimming in the ocean to begin with!) was caught in the riptide and emergency personnel started to arrive.  All turned out ok, as there were many surfers who were able to get to the person and get them out.  It was definitely an example of how we are so often drawn to things that are really dangerous in our lives. 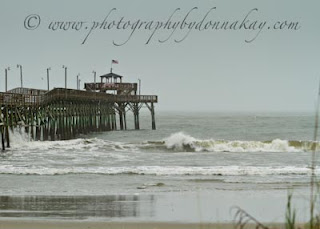 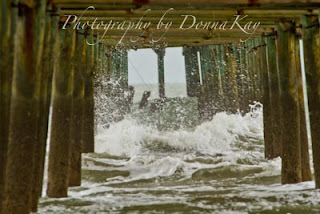 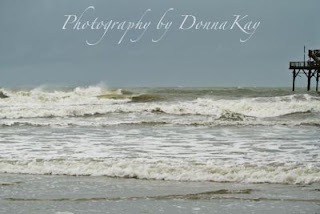 As the sea got rougher and the winds got stronger and the rains came in stronger it became the best idea for us to get in out of the weather and ride it out for a while.  The gusts were very strong, even for us to just be touched a little bit by Irene at that point - and she insisted that we take her seriously. 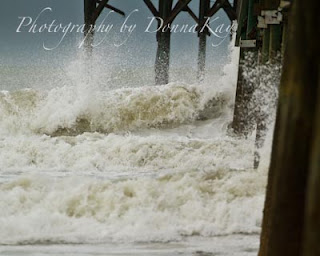 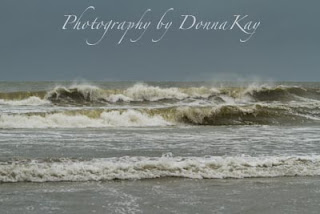 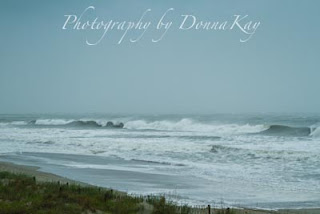 I won't jump to the end of this story, although you already know it turns out beautifully here in Myrtle Beach.  But come back to see the next blog with more photos as the storm raged on.
Have a wonderful day!
Posted by Unknown at 9:07 AM